NVIDIA announced its new TITAN RTX in a push by influencers who pretended they didn't know they received an NDA, a new unreleased graphics card from the largest GPU company in the world, and then went live with videos in a 'oops, did I do that' push.

Well, that new $2499 graphics card has now reached the hands of people who are pushing them to their limits with PC enthusiast 'Death' posting on Twitter about the new TITAN RTX, and the overclocking adventures of the card when watercooled. The card belongs to 'jbn1010' from South Korea, with a Bykski waterblock and LCD installed onto the TITAN RTX it was then overclocked and benchmarked. 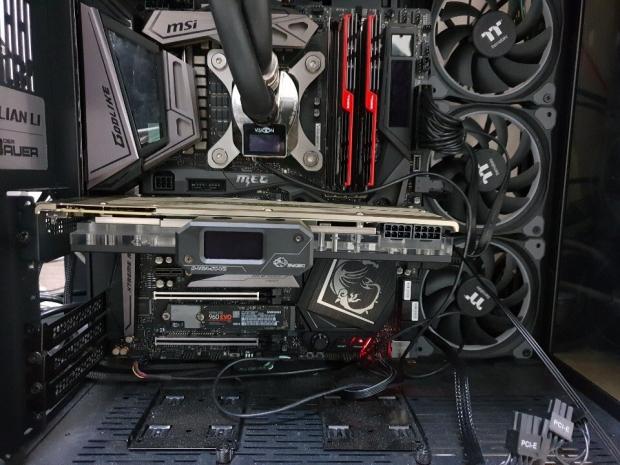 NVIDIA's new TITAN RTX graphics card is a beast, with a fully unlocked TU102 GPU rocking 4608 CUDA cores, 288 Texture Units, 96 ROPs, 675 Tensor cores, and 72 RT cores. The TITAN RTX is deployed with a huge 24GB of GDDR6 memory that has stock memory bandwidth of 672GB/sec while the overclocked card under water was pushing a larger 778GB/sec. 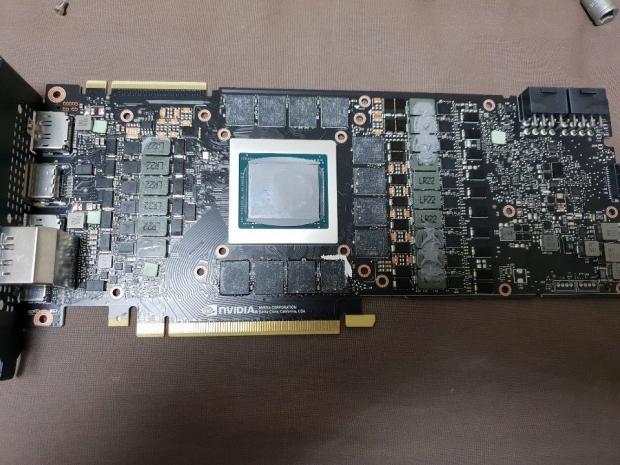