Quantic Dream, the developers behind the exclusive PS4 title Detroit: Become Human have announced that their title has surpassed the 2 million units sold mark.

The announcement comes from the official PlayStation Twitter account and celebrates that Quantic Dream's title "has sold through more than 2 million units worldwide on PlayStation 4 since its launch on May 25, 2018." The developers also commented on the post saying that Detroit: Become Human has become the companies fastest selling title they have ever made, creating a new milestone for the company.

Detroit: Become Human could be considered a title that wouldn't be for the average gamer as its gameplay is so in-depth and plethora of options could scare some players away. It isn't a battle royale and isn't necessarily a fast-paced game but despite all of this, Quantic Dream has created an experience like no other and should be proud of the milestone they have hit. For more information regarding Detroit: Become Human, visit the official website here. 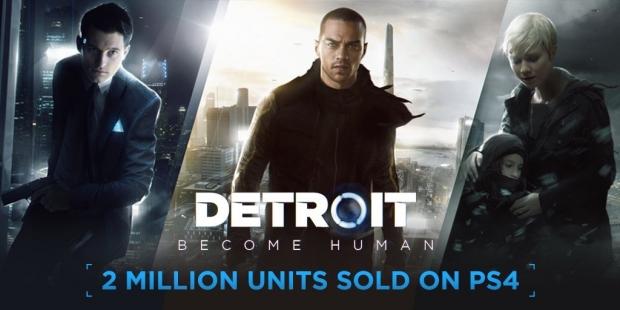