Stardew Valley developer, Eric Barone or better known as 'ConcernedApe' has taken to his developers blog to announce the coming patch and to shed to light on the details. The update will be arriving on December 12th and will be coming to servers in North America, Japan and European eShops.

The patch that will be shipped out tomorrow will be bringing support for Stardew Valley players to enjoy playing together locally via wireless play with 2-4 players, or online through the Nintendo Switch Online service. Players that play together should note that money will be shared across worlds but each player will have their own "private inventories, skills, achievements, collections, individual relationships, quests, and crafting/cooking recipes." For more information regarding the coming multiplayer update to Stardew Valley on the Nintendo Switch, visit the official website here. 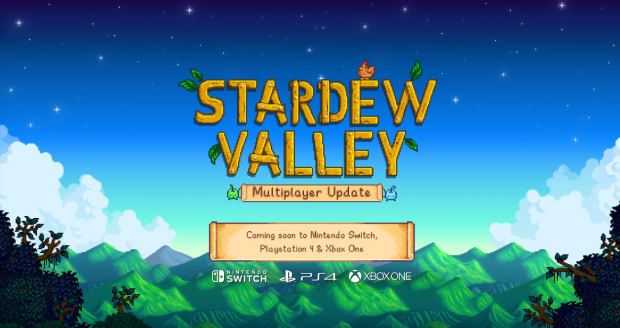