Sony's new Blu-rays hold a whopping 128GB of data on a single disc. 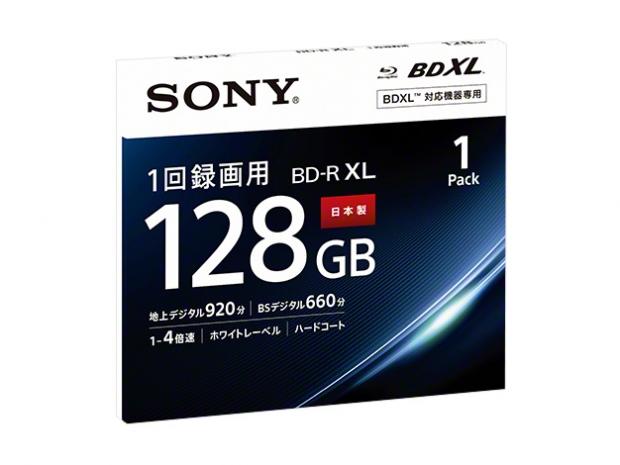 The industry's first quad-layer Blu-ray discs are here, and could help push both consumer and professional-grade storage to new heights. Sony's latest quad-layer BDXL discs can store up to 128GB of content, are write-once media, and require specific Blu-ray drives to write the data. Before this development, Blu-rays were capped at triple-layer capacities of about 100GB. Sony notes the new discs are also four times as fast at recording data as regular Blu-rays.

Sony's new BDXL Blu-rays could eventually help usher in a new age of convenience for consumers, especially gamers. Today's games are getting bigger and bigger--Red Dead Redemption 2 shipped on two dual-layer Blu-rays, for example--and often require expansive download patches along with 50GB+ disc installs. We probably won't see quad-layer Blu-ray drives in video game consoles any time soon due to pricing of both the media and the drives, however.