We all knew it was coming but the day is still not quite here: Samsung hasn't revealed its foldable smartphone but rather the most important part of the device instead, the Infinity Flex foldable display.

Samsung's new Infinity Flex display is a large 7.3-inch panel that sports an external "cover" display that is smaller and more like a traditional smartphone display, with the company touting the larger display can be folded "hundreds of thousands" of times before it begins degrading.

The company is using a flexible OLED panel with no glass on top, with Samsung replacing traditional glass with a flexible "advanced composite polymer". Not only that, but there's also a 45% thinner polarizer, with Samsung aiming for mass production of the Infinity Flex display in the next few months.

What use is a foldable display if Google doesn't make Android more UI friendly? This is something Samsung and Google have been working on with Samsung's new One UI inside of the new Infinity Flex-based prototype. Samsung says three apps can be used in a multi-window on the large display, which is really going to jive well with multi-taskers like myself. 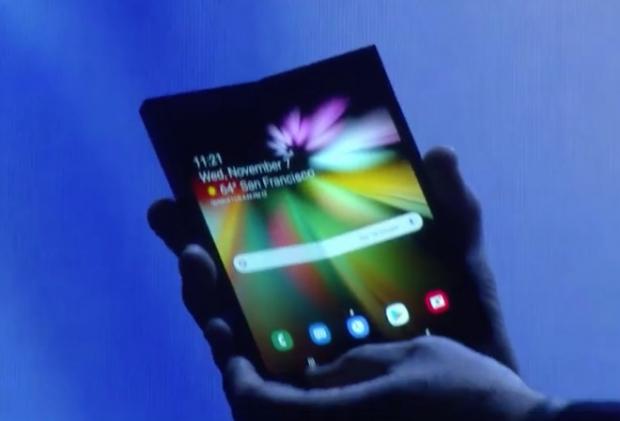