As we loom over Halloween Steam has taken a step ahead and made live their annual Halloween sale for 2018. Many titles are now heavily discounted, prepare your wallets.

So you want to get into the Halloween spirit but aren't really into costumes, Steam has your back and you don't even have to leave your gaming chair. Players can now pick up some great Halloween themed games instead of dressing up and leaving the house. All of the games that have been discounted are either horror titles, zombie games, or have themes that are directly relatable to Halloween.

Below you will find screenshots of the other titles that are on sale, of course as we move over the date of Halloween some of these sales discounts will be subject to change. So, if you were already thinking about picking up any of these titles before they were discounted, now would most likely be the best time do so as these sales won't be lasting long. A link to the Steam Store can be found here. The Steam Halloween sale will only last from October 29th - November 1st. 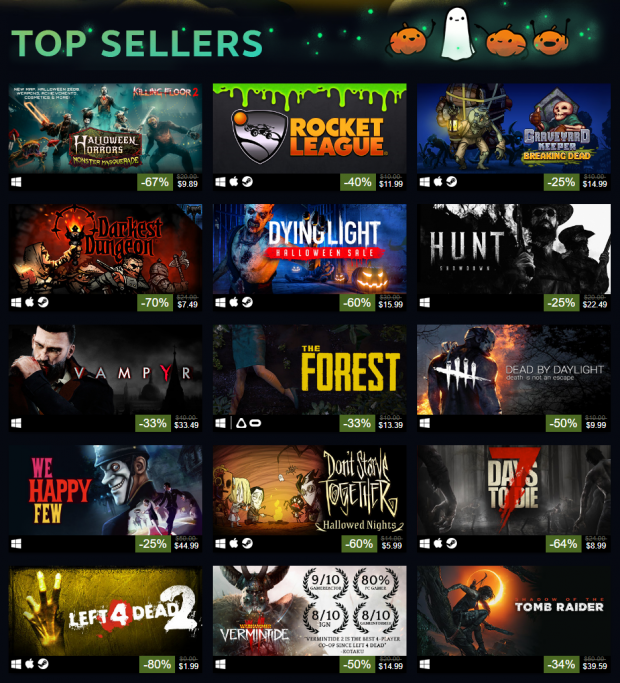