Prepare your bows, arrows, swords and anything else that is sharp as For Honor is about to be hit with a massive content update. Before we jump into that though, ahead of the content launch, Ubisoft is celebrating the title reaching a whopping 15 million players. 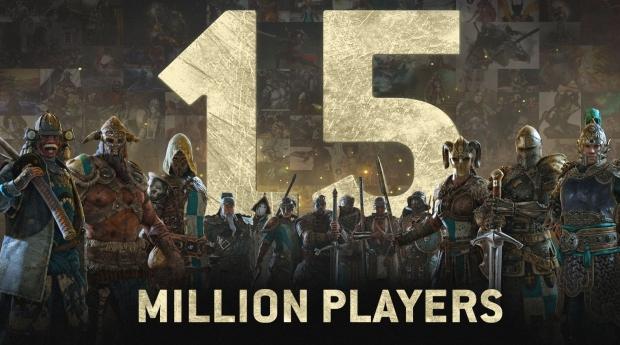 Honestly, For Honor had quite a rocky start, I remember playing the game on launch and barely being able to get into a game. Bug riddled, unstable and just a complete mess of launch, Ubisoft has really turned it around and I must say props to them for doing so. After several post launch updates, brand new gear, factions/heroes and the much needed shift to dedicated servers, For Honor has progressively grown to what is now 15 million players.

Moving onto the coming update now, if you are thinking about jumping back into For Honor or are considering purchasing the game there is no better time then now. Honing your skills on the precipice of the biggest content update for For Honor couldn't be a better time to chime back into the game. The content update titled "Marching Fire" will be bringing players "four new Wu Lin Heroes, a 4v4 Breach mode that lets player breach or defend a castle, remastered visuals, and more."

"For Honor players who purchase the Marching Fire expansion will receive two weeks of early access to the Wu Lin Heroes starting on October 16 as well as a new PvE Arcade mode that lets players participate in randomly generated combat scenarios for a chance to earn rewards, level up their gear score, and increase their reputation." It should also be noted that Ubisoft will be conducting a live stream whoever wishes to join, the stream will be regarding For Honor Marching Fire and will reveal details of the coming update. If you wish to find out more details about Marching Fire, visit the official Ubisoft website post here.