Google has formally unveiled the Pixel 3 and Pixel 3 XL phones today at their Made By Google event. 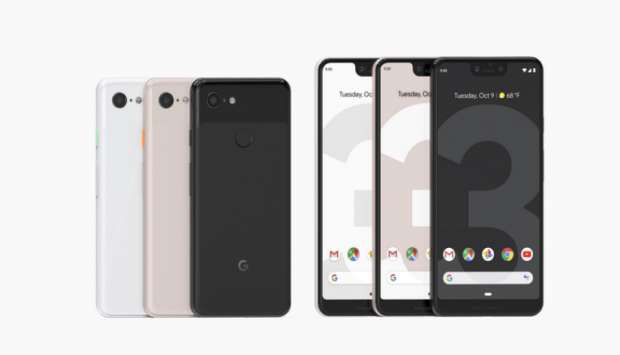 The phones have dual speakers and dual cameras (8-megapixel sensor, an f/1.8 lens, auto-focus, one is wide-angle) on the front. A single-lens camera (12.2-megapixel sensor, with f/1.8 lens) and a fingerprint sensor can be found on the back of the devices. Unfortunately, neither model has a 3.5mm headphone jack, but Google includes a pair of USB-C Pixel earphones. The physical composition of of the phone is made from an aluminum body, and glass casing, which will support wireless charging.

Both phones will be available for pre-order on October 9th, at a starting price of $799.99 (Pixel 3) and $899.99 (Pixel 3 XL). The phones will launch on November 2nd in the USA as well as a international markets, including Canada, France, Germany, Japan, and the UK.

Like the previous Google Pixel phones, in the United States, Verizon will be the exclusive carrier. Google is also offering unlimited photo storage through the end of 2022 with every Pixel 3 purchase.