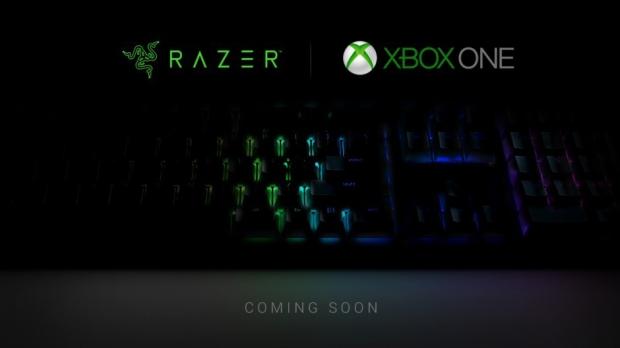 Consoles have had mouse and keyboard functionality for a while now, but it's not always what you'd expect or want. Some games like FFXIV on PS4 support both mouse and keyboard, and you can use a USB keyboard to type on Xbox One, PS4 and even the Nintendo Switch...but what about a more universal system? Microsoft is laying the foundations for such a feature.

Soon Xbox developers will be able to integrate into their games the kind of precision controls PC gamers enjoy everyday. Microsoft is careful to say that developers will have full and complete control on how they add keyboard and mouse support into their titles, if it happens at all. Warframe will be one of the first games tested in the Xbox Insider program (a program whose updates incidentally soft-bricked my Xbox One console twice).

After all, some games like PUBG and other FPS' benefit tremendously from the high sensitivity of specific gaming mice...not to mention the quick actuation of higher-end gaming keyboards.

"It's important to note that mouse and keyboard support for games is added on a title-by-title basis, entirely at developers' discretion. For all other titles, nothing changes. Mouse and keyboard input is not enabled by default for games. Each development team knows their titles best and we support them in creating the right experience for their games as they see fit, to ensure an optimal and fair gaming experience."

Some keyboards may not work, but one brand apparently always will: Razer hardware. Microsoft has partnered with Razer to bring their peripherals over to the console, and we should see some exorbitantly expensive RPG flair coming to the Xbox One quite soon.

Microsoft might not be making lots of games for Xbox consoles, but it's always making new bits of hardware to buy like the grease-proof controller or the Elite controller.