The second free update on the way to Kirby: Star Allies has now revealed that Dark Meta Knight will be arriving with the Dream Friend DLC. A new trailer has been releases showcasing his introduction.

The first Dream Friend updates that Nintendo brought to Kirby: Star Allies have seen Bandana Waddle Dee, King Dedede and Meta Knight added to parties. Since then numerous other characters have been added as well the list is as follows: Rick, Kine, Coo, Marx and Gooey.

The second free update will be released on July 27th and players will be glad to know that Daroach, Adeleine & Ribbon will also be added this time around. For those that didn't know, Dark Meta Knight first appeared in Kirby & The Amazing Mirror as an anti-hero/villain, as you would of guessed he is carbon copy of Meta Knight. Daroach first appeared in Kirby Squeak Squad as the main antagonist, in Kirby: Star Allies he will be using his claws and his ice wand to attack foes. Kirby: Star Allies was released on March 16th, 2018 for the Nintendo Switch. The Dream Friends DLC will be released on July 27th. 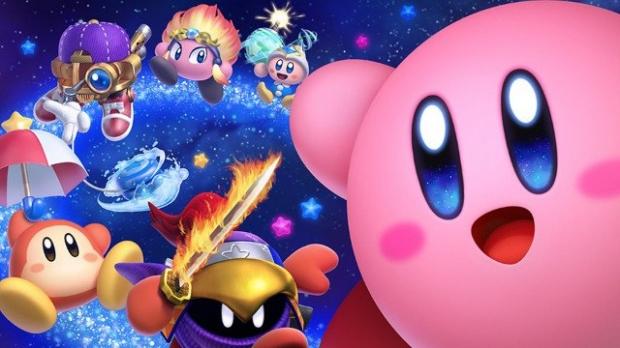