The classic Spidy villain 'Tombstone' has been teased by Sony for Insomniac Games' Spider-Man title, judging by the information released we could see the villain added to the roster.

Sony has released the second edition to the Daily Bugle, and throughout each of the pieces found on the paper, there is a column written by the fictional journalist Betty Brant, it details what appears to be called "Grave Encounters." According to Brant, this new street drug is going around called "Grave Dust" causes people to turn into monsters, the description reads as follows: "Terrified eyewitnesses claim that users' skin flushes grey and hardens, quite literally as if they've turned to stone. Others report users break into fits of rage, inflicting violence against innocent citizens, and even themselves."

The official PlayStation Twitter also re-tweeted this newest edition to the Daily Bugle, which clearly shows support for the contents of the article. It wouldn't be that much of stretch to say that these are clear teasers for Tombstone to be joining the villain roster, the comparison between the grey, stone-like drug users and Tombstone is quite unmistakable. Insomniac Games' Spider-Man will be releasing exclusively on the PlayStation 4 on September 7th this year. For further information about the Daily Bugle, or Spider-Man visit the official website here.

In other news about Spider-Man, the Baxter building will not be included within the New York skyline but the Avengers tower will be, check that out here. 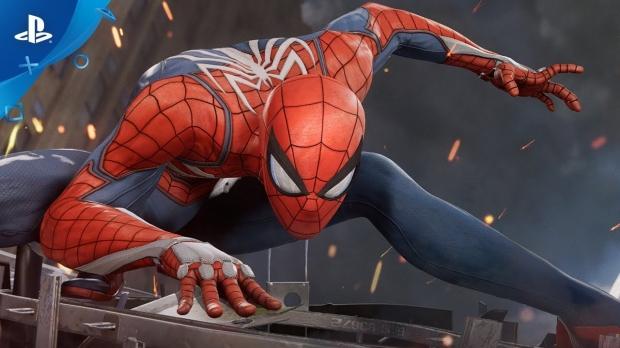