Phoenix Labs, the developer and publisher for the newly released Dauntless, have announced that they are celebrating their title hitting a massive milestone, Dauntless has reached 2 million players. 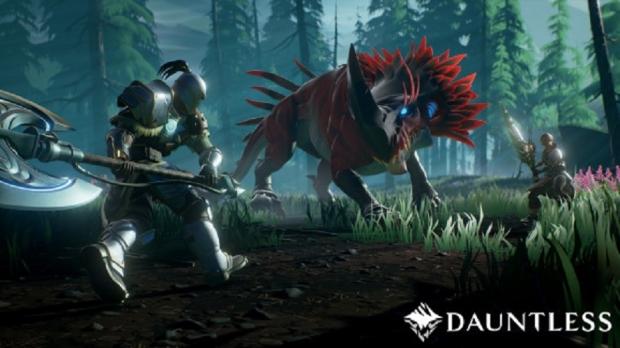 Back in May we saw that Dauntless moved onto it's open beta phase, since then the title has taken off with the action-RPG now clocking in a massive 2 million players since its release. Phoenix Labs are celebrating this milestone by announcing that Dauntless will be receiving its first ever expansion next month on August 9, it is titled 'The Coming Storm.'

'The Coming Storm' will be bringing players much more content, new weapons, a new behemoth, location changes and much more. According to Jesse Houston, the CEO and Co-founder of Phoenix Labs, this new expansion has been a combined effort of the developers and the community. The expansion has had the community opinions taken on board and the future of Dauntless has also be considered throughout development. Here is what he had to say "The Dauntless community is one of the most vocal and passionate groups of people in gaming, and they've helped us shape Dauntless into what it is today, and what it will become in the future."

An official description of 'The Coming Storm' has been released by Phoenix Labs, here is what they had to say: "The Coming Storm begins when an Ostian Dreadnaught, bristling with industrial might and an indignant crew, crashes into Ramsgate, the central hub in Dauntless, reshaping the sprawling city and introducing players to a variety of new NPCs, stories, and quests. A new Behemoth, Koshai, the Sovereign of Thorns, stirs beyond the horizon. Members of the Ostian faction also bring with them new technology. Players will be able to craft and wield new gear and weaponry to take on the Behemoth threat - including a explosive new grenades and the first truly ranged weapon: the Ostian Repeaters."

If you are interested in checking out Dauntless and want to jump into the completely free-to-play action, visit the official website here.