Dark Horse Comics are bringing an amazing art book to The Legend of Zelda: Breathe of the Wild fans, it is titled Creating a Champion and now it also has a deluxe edition.

Dark Horse Comics have added a brand new option to their 'Creating a Champion' artbook selection for The Legend of Zelda: Breath of the Wild. The first option comes in at $39.99 and contains "An in-depth history of the Hyrule of Breath of the Wild, insights from the creators on the making of the game" and "three-hundred and fifty pages of illustrations and designs." This package will be released on November 20th, this year.

The newly announced 'Hero's Edition' adds much more onto that original package. Starting off we have an exclusive book cover, a map of Hyrule that is printed onto cloth, an art print of the Champions' photo Link hangs in his Hateno home and a glass replica of a spirit orb. This 'Hero's Edition' comes in at a price of $99.99 and will also be available on November 20th. For those interested in pre-ordering any of these very cool art packs the standard edition can be found here and the 'Hero's Edition' can be found here. 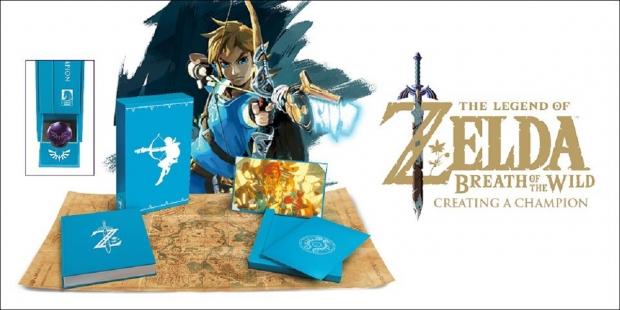