Ben Porter the creator of MoonQuest has been working on his title for almost seven years now, finally the game has debuted to Steam Early Access and is available right now.

To celebrate the launching of MoonQuest to Steam Early Access, Porter has released a gameplay trailer on his MoonQuest themed YouTube Channel. The gameplay video showcases the pixel art style, a procedurally-generated world, many different enemies, construction, magic and mining.

For those that don't know anything about MoonQuest, the title is based around a wizard who desires to bring light upon a completely nocturnal world. The wizard summons a hero (you) and gives them the task of finding all of the remaining moonstones, in order to equip them and power the moon machine. If you are interested in checking out MoonQuest and like the idea of diving into a world that is procedurally-generated and has a massive variety of exploration to it, visit the official Steam listing here.

Personally, I would love to see this title become multiplayer and also head on over to the Nintendo Switch. Playing this game in handheld mode while laying down would be quite peaceful, and definitely something I could see myself picking up and enjoying for a long period of time. Hopefully Ben Porter can work out something and in the future and we see MoonQuest ported over to the Nintendo Switch. I'm looking at you Panic Button, can you take another port on your shoulders? 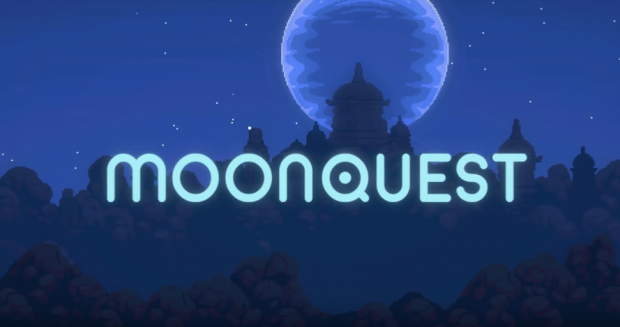