Activision and Bungie have teamed up together to bring gamers Destiny 2 completely free. The MMOFPS will be available via the Battle.net client over the weekend.

The news originates from a Twitter post from the official Destiny Twitter account. It says that players will have the full luxury of experiencing every mode, the entire campaign and all gear and weapons. Essentially the whole game is free-to-play, nothing has been held back and is only available from July 6th to July 8th.

If you don't already have a Blizzard account and desire to give Destiny 2 the full rundown while you can for free. I have provided a link to the Blizzard website where you will be able to download Battle.net and get straight into the action. If you already have a Blizzard account and have Battle.net downloaded you can start the download now by just clicking install over the Destiny 2 icon within the client. 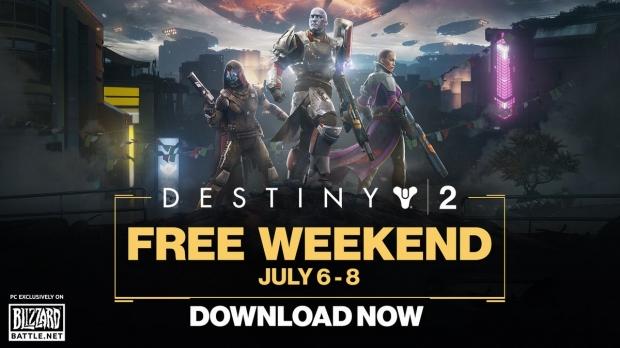