Deep Silver and Codemasters, the developer and publisher of the newly released ONRUSH have debuted a brand new update to their arcade racer. Game update 2.0 is now live!

The patch was announced on the ONRUSH Twitter and features numerous new additions that are now added to the game. Players will be able to enjoy a new training mode that will grant each individual the opportunity to learn 8 different vehicle classes. New gear has also been added with 12 new character outfits to unlock and enjoy.

A new takedown type has debuted, introducing the 'revenge takedown', players will now be rewarded for taking out a rival players in hopefully the most destructive way possible. The patch comes with a variety of bug fixes, as well as a new UI in the settings that gives players the option of changing the brightness and tags. The update has been rolled out to Xbox users and if you are interested in checking out more ONRUSH news visit the official website here. 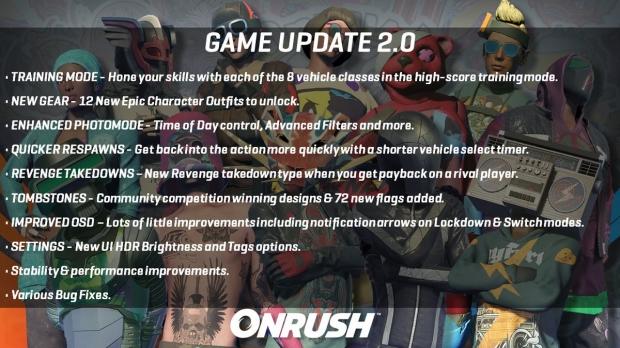