To celebrate the release of the feature length adaptation of 'Peter Rabbit' on home video, we have fifteen Blu-ray copies of the films to give away. 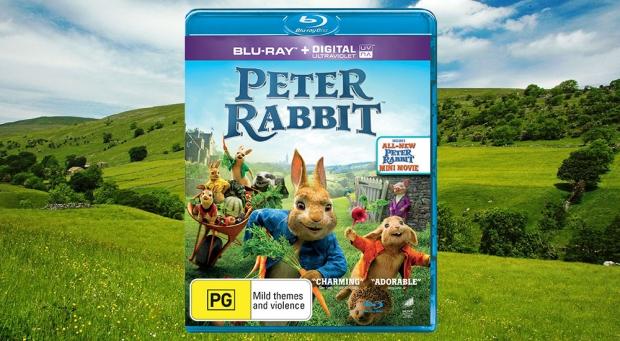 Peter Rabbit, the mischievous and adventurous hero who has captivated generations of readers, now takes on the starring role of his own cute, contemporary comedy with attitude. In the film, Peter's feud with Mr. McGregor (Domhnall Gleeson) escalates to greater heights than ever before as they rival for the affections of the warm-hearted animal lover who lives next door (Rose Byrne). James Corden, with playful spirit and wild charm, voices the character of Peter, alongside Margot Robbie, Elizabeth Debicki and Daisy Ridley voicing the roles of the triplets, Flopsy, Mopsy and Cotton-Tail.

To go into the running to win a prize, post this article to your social media profiles, correctly answer the following question and send your postal address to ben at TweakTown dot com before the competition closes on June 30.

Name the creator of the 'Peter Rabbit' series

'Peter Rabbit' is available to purchase on 4K Ultra HD Blu-ray, Blu-ray and DVD at Australian retailers from Wednesday June 27.