The very first gameplay video of SEGA's Team Sonic Racing game has been revealed by the YouTube channel Shacknews, it showcases what is in store for the upcoming arcade racer.

This Sonic racing game will give players the opportunity to race with up to twelve friends in both online multiplayer and co-op modes. SEGA's idea behind this title is that they want to be utilizing all the best parts of a competitive racer while still including an arcade style.

Team Sonic Racing will also be featuring 4 player split screen and numerous racing modes to enjoy, some of which include Grand Prix Mode, Exhibition Mode, Time-Trial and Team Adventure Mode. According to the leak from Walmart, Team Sonic Racing will be released on the 31st of December 2018. 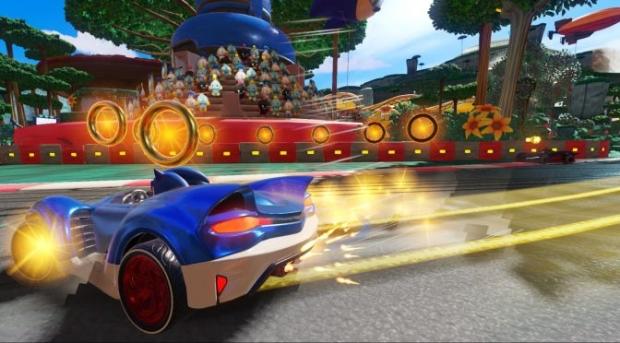