Microsoft has just announced its new Surface Hub 2, something that will launch next year for companies, educational users, and board meeting use.

Microsoft is keeping the 3840 x 2160 native resolution, with its camera also shooting 4K as well. The big selling point here is that the new Surface Hub 2 rocks an awesome hinge that will let people move it into landscape or portrait, depending on their needs. As for pricing, Microsoft has decided to keep Surface Hub 2 real cheap with it selling for $5000 or so, down from the holy-crap price of $22,000 for the original Surface Hub.

Another cool feature of the improved Surface Hub 2 is that you can join a bunch of them together, turning them into a super-powered display with each of them rocking 4K.

We should have more specs and details on it over the coming months before its big launch in 2019. 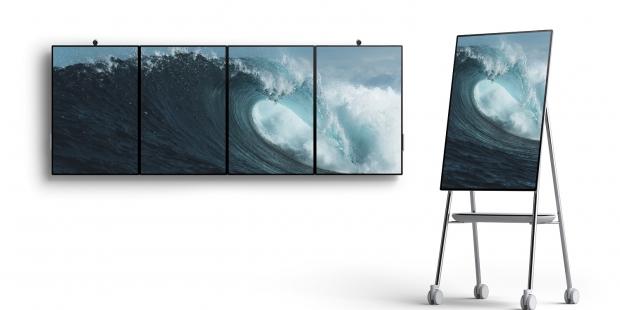