Bill and Ted 3 has been rumored more times than I can count, but now the third movie in the series has been confirmed and will officially see Keanu Reeves and Alex Winter reprising their iconic roles. 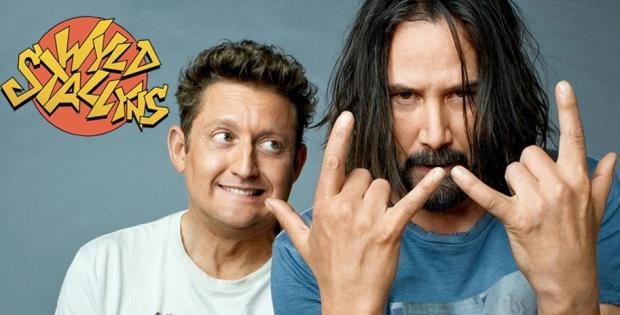 The creators of the Bill and Ted series are also back, with Chris Matheson and Ed Solomon writing the script while Galaxy Quest director Dean Parisot will shoot the movie. Reeves and Winter said: "We couldn't be more excited to get the whole band back together again. Chris and Ed wrote an amazing script, and with Dean at the helm we've got a dream team!"

As for what Bill and Ted 3 might end up as, the synopsis sounds like quite the ride: "Bill & Ted Face the Music will see the duo long past their days as time-traveling teenagers and now weighed down by middle age and the responsibilities of family. They've written thousands of tunes, but they have yet to write a good one, much less the greatest song ever written. With the fabric of time and space tearing around them, a visitor from the future warns our heroes that only their song can save life as we know it. Out of luck and fresh out of inspiration, Bill and Ted set out on a time travel adventure to seek the song that will set their world right and bring harmony in the universe as we know it. Together with the aid of their daughters, a new crop of historical figures, and some sympathetic music legends, they find much, much more than just a song".