LG's new flagship G7 ThinQ smartphone is right around the corner, something that will launch next month. With the early tease, LG has said that the G7 ThinQ will rock a 6.1-inch panel with a native resolution of 3120 x 1440. 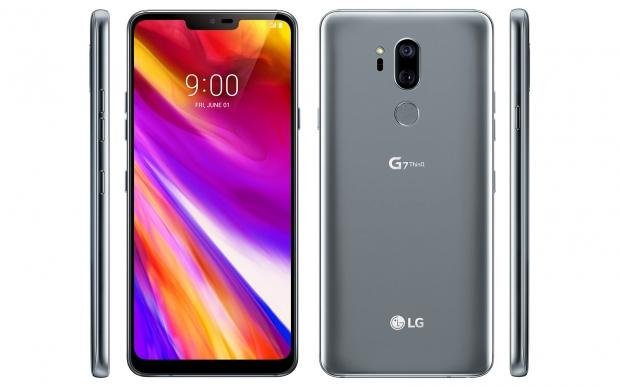 The 6.1-inch display has an aspect ratio of 19.5:9, something that includes a notch at the top of the display just like the iPhone X, that most people hate. Evan Blass who goes by @evleaks on Twitter, is behind the new leak (seriously, he gets all the scoops, he's a champ) which gives us two new shots to look at, the first of which is above - the G7 ThinQ itself.

LG is shoving in some serious display chops into the G7 ThinQ and its 6.1-inch QHD+ panel that has up to 1000 nits of brightness, which is retina-busting compared to the 400-700 nits on most flagship smartphones. LG might even be able to market the G7 ThinQ as a display that looks great even outdoors in the sunlight. 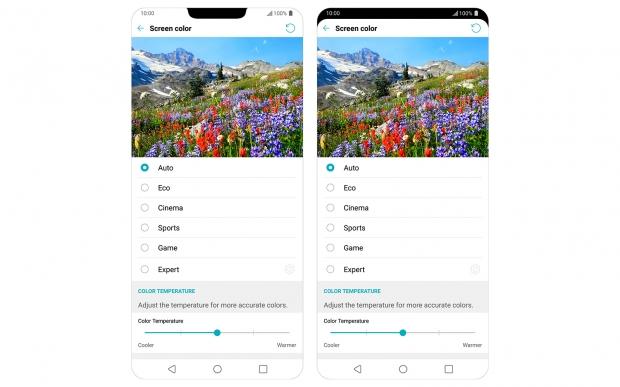 LG says that their mobile display uses "as much as 30 percent" less power than the G6, but didn't provide any more details on what situations that would be under. The 6.1-inch QHD+ panel has support for 100% DCI-P3 color gamut, and 6 screen color modes: Auto, Eco, Cinema, Sports, Game and Expert.

LG will be launching the G7 smartphone on May 2 during a launch event.