Epic Games had a bunch of new things to show off at the Game Developers Conference this year, but one of the best would have to be Siren.

Siren is a new "high-fidelity, real-time digital character based on the likeness of Chinese actress Bingjie Jiang", with actress Alexa Lee playing the character. Epic Games collaborated with 3Lateral, Cubic Motion, Tencent and Vicon on Siren. Together, they captured Jiang live and turned her into a digital character powered by Unreal Engine.

Vicon VFX product manager Tim Doubleday explains: "To create a realistic digital character requires more than just tracking movements, you need to be able to isolate and mimic everything down to the most minute details. There have been some incredible attempts to create realistic digital avatars recently, and so when Epic approached us, we were eager to get involved and help push the field even further". 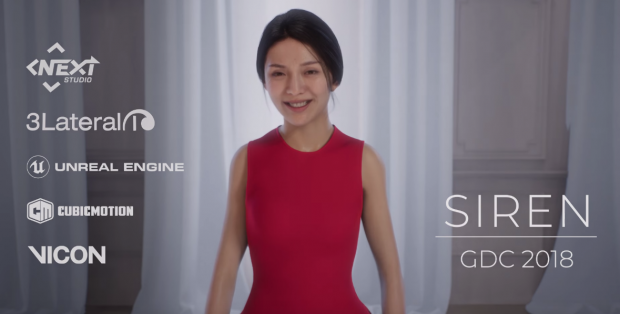