We all know id Software is working on a new update for DOOM that will unleash some of the power under the hood of the Xbox One X, but now Microsoft's updated Xbox One X enhanced list says the DOOM update is "coming soon". 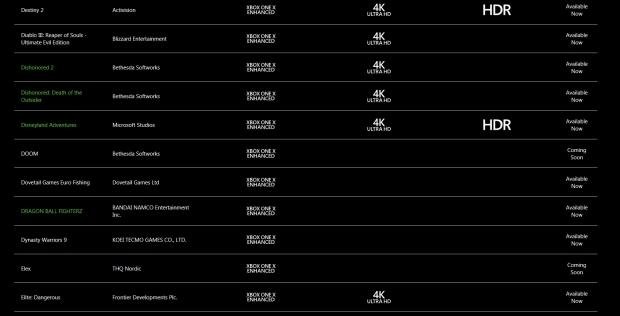