Marvel has just surprised the world by bringing the release date of Avengers: Infinity War up from May 4 to April 27, using Iron Man in the process.

This is how it went down: the official Twitter account of Marvel Studios tweeted "on a scale of one to infinity, how excited are you to see #InfinityWar on May 4th?" to which - within 60 seconds, Robert Downey Jr (who plays Iron Man/Tony Stark) replied with "any chance I could see it earlier".

Marvel replied with "Anything for you, Mr. Stark! How's April 27th?" to which there were a few more tweets, and then the official announcement of Avengers: Infinity War dropping on April 27. Boom. 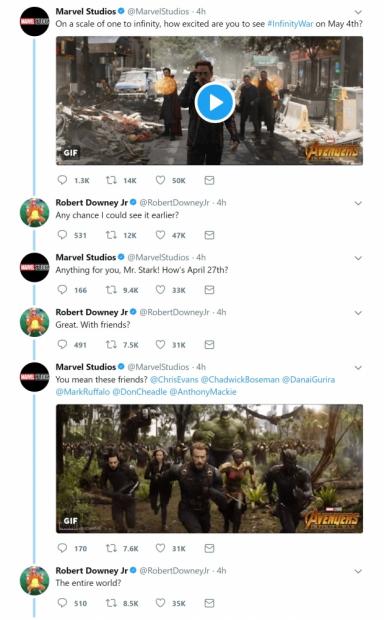 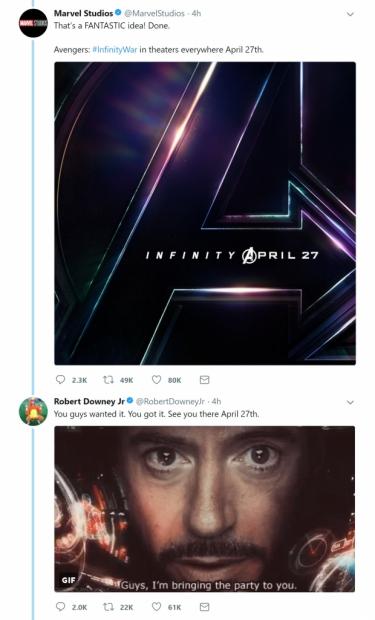