Good news horror fans: now you can get your grisly gore-fix on-the-go on the Nintendo Switch.

Red Barrels and Nintendo today launched the Outlast Bundle of Terror on the Nintendo Switch eShop, which packs in the first ultra-violent original game alongside its Whistleblower DLC for $25. Having played both Outlast games I'm honestly surprised that Nintendo would okay the game's release on the platform, what with all the blood and dongs and excessive gore--and let's not forget the horrifying jump scares and psychological terror.

I'm super curious to see how the Switch's built-in motion controls will be utilized in the game. Since you carry a camera for most of the game, Red Barrels has a unique opportunity to use the handheld's gyroscopic sensor to add a nice flavor of interactivity to the experience while in handheld mode, or even when docked and using the JoyCons.

Outlast II is still slated for release on the Switch, but no new info has been announced just yet. I'm willing to be it'll launch soon though. 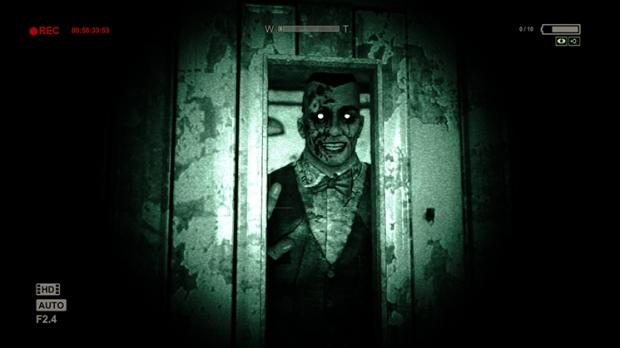