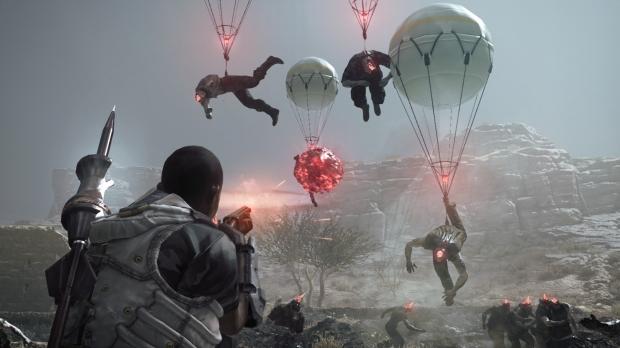 Like most online live service games Metal Gear Survive has an in-game currency that's used to "increase the productivity of Exploration Teams, increase food production and boost other features in the game." This currency, or SV coins, is Konami's main monetization point for the online-based tactical shooter, and the cost ranges anywhere from $0.99 for 100 coins to $50 for 60,020 coins.

But apparently bandwidth is at a premium (or Konami wants to maximize returns in key areas, which is more likely) as the publisher is charging players extra money to unlock additional save files. Metal Gear Survive has a max of four save files, but the game only let's you save one playthrough by default; if you ever want to start over you'll have to buy an extra save slot a la carte for 1,000 SV or about $10, or 1/4th of the game's MSRP.

As soon as Metal Gear Survive was announced I pretty much knew microtransactions would be involved, and it's no surprise that Konami is chasing the revenue model. In-game purchases are a billion dollar industry that has strongly invaded the video games market. Publishers like Activision, EA, Ubisoft and Take-Two Interactive make billions a year on these engagement strategies and there's really no end in sight...unless, of course, anti-lootbox measures are passed.