Tencent Games has announced on Twitter the closed beta times for their upcoming Nintendo Switch title Arena of Valor. 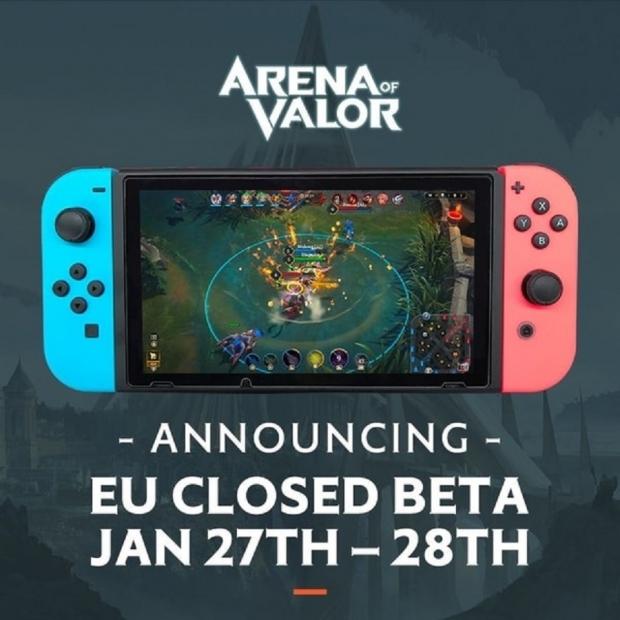 Players that signed up to the beta that have been selected to participate in the beta will get an email regarding the dates for the closed betas opening. The beta will be running from January 27th until January 28th, and will only be for Nintendo Switch EU applicants.

Arena of Valor which seems much like a League of Legends inspired game currently has a playable roster of 35 heroes, these characters include a variety of roles such as tanks, assassins, mages, supports, warriors and marksmans.