Nintendo Switch being the fastest selling console for 2017 has added some amazing titles to its library of games, now Damon Baker, Nintendo's head of partner management has taken to Twitter to tease a future 2018 line-up for the Switch. 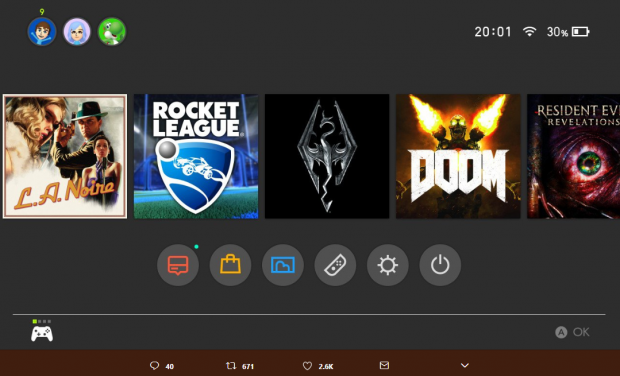 With games such as Rocket League and Skyrim already on the Nintendo Switch there is no doubt that the hybrid console is getting great support for third party games coming to the new platform.

Damon Baker replied to a Tweet that was a screenshot of a Nintendo Switch users homepage showcasing Rocket League, L.A Noire, Skyrim, DOOM and Resident Evil: Revelations. The screenshot was titled "imagine this leaking last year", Baker replied by saying "I know, right?! I think you're going to like 2018 as well!" which suggests that more third-party titles of last year's caliber will be coming to the Nintendo Switch as the year progresses on.