AMD's upcoming Ryzen Mobile processor with Radeon Vegas graphics will be unveiled early next year, with another 'confirmed' part being reported by VideoCardz. 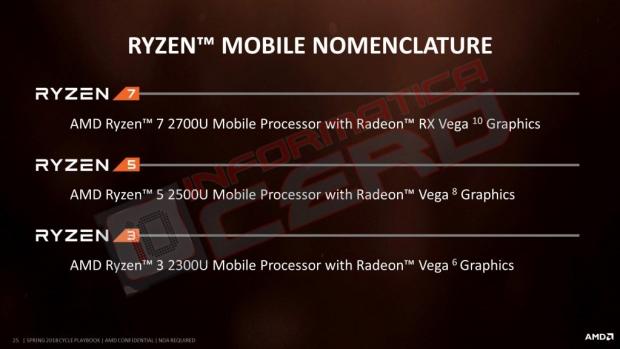 The new Ryzen 3 2200G will reportedly feature Vega 8 graphics, arriving as a 4-thread APU. There will also be the Ryzen 3 2300U, the slowest mobile APU with just 6 compute units in its Vega GPU. 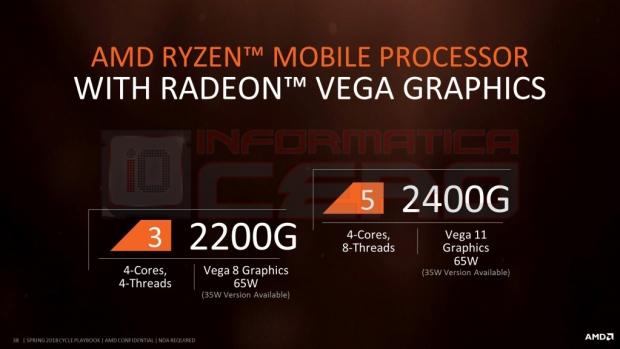 AMD will have a higher-end Ryzen 5 2400G that will be a 4C/8T chip with Vega 11 graphics (35W and 65W versions). We've already seen Ryzen Mobile with Vega graphics inside of the HP Envy X360 laptops, which have been on Best Buy shelves for nearly a month now. AMD's official unveiling is in January, however. Strange.