We barely have more than a couple of custom Radeon RX Vega graphics cards, but on the other side of things we can't get enough of the custom Team Green card with EVGA unveiling its new GeForce GTX 1080 Ti KINGPIN Hydro Copper graphics card. 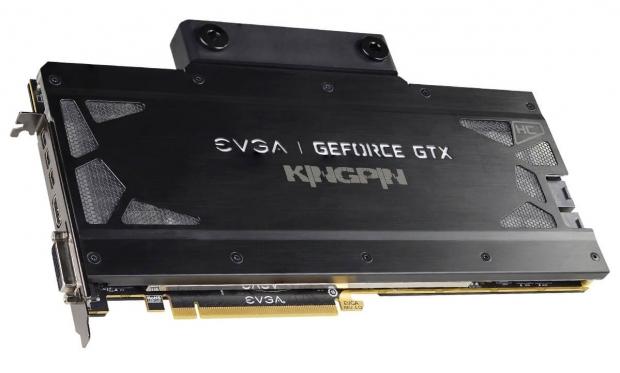 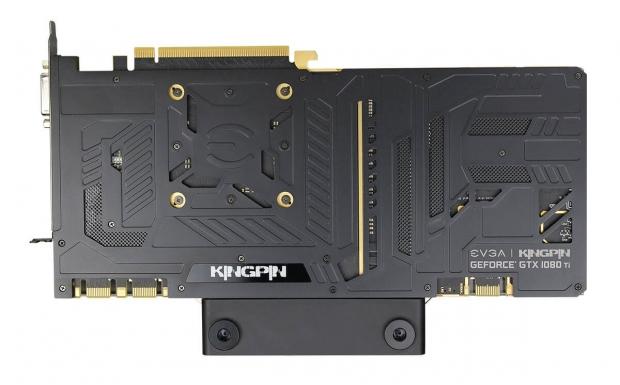 EVGA guarantees that the GPU boost clocks on the GTX 1080 Ti KINGPIN Hydro Copper at 2025MHz, which isn't hard for most custom GTX 1080 Ti cards from EVGA. We have the same 9 thermal sensors, voltage measurement points, and a full cover backplate. Power-wise we have 10+3 phase and 8+8-pin PCIe power connectors - side mounted, which is awesome.

Best of all, EVGA has engineered its ass off with a custom single-slot I/O bracket, making this one of the first - if not the world's only single-slot GeForce GTX 1080 Ti. Even with it being a small single-slot card EVGA has included 3 x mini-DP connectors, HDMI, and even DVI.