Tencent has been valued recently at $510 billion, making it the first Chinese company in history to be worth the half-trillion-dollar mark. It's a huge deal for the company, as it joins many others in the industry that are based in the US. 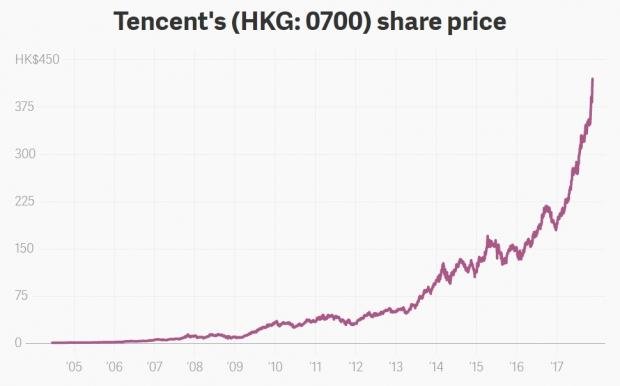 We're talking about some of the biggest companies in the world that include Google/Alphabet, Facebook, Microsoft, Microsoft, NVIDIA, Amazon, and more. Amazon reached $500 billion back when it went public in 1997, with social media giant Facebook hitting the $500 billion mark when it launched its IPO back in 2012.

Tencent went public in 2004 but has had absolutely phenomenal growrth over the last two years, with a shot to the moon in 2017 going from HK$175 per share to a huge HK$400+ per share.