Qualcomm is blazing towards its 5G dominance in the near future with a team up between ZTE and China Mobile, with the companies testing their systems for 5G networking which will deliver speeds like nothing we've seen before. 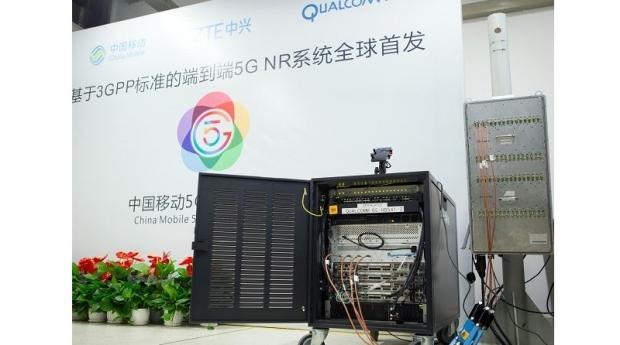 The companies have created an end-to-end 5G NR test system that is capable of a data connection based on the 3GPP R15 standard, meaning the companies are testing the quality of data transmissions over 5G networks that will one day replace 4G LTE networks. The upcoming 3GPP standard will be a big part of the global 5G radio rollout, marking the first time that a compliant data connection has been made between multiple vendors.

Cristiano Amon, executive vice president at Qualcomm Technologies explains: "Achieving the world's first end-to-end 5G NR interoperable data connection is true testament to our 5G leadership, driving toward the timely launch of standard-compliant commercial networks. Qualcomm Technologies is committed to the continued success of China's wireless industry and we are excited to collaborate with ZTE and China Mobile to accelerate the path to 5G in China".