AMD announced its new Radeon Pro SSG during SIGGRAPH 2017 a few months ago, with AMD's fastest-ever workstation graphics card now available without much fanfare when it launched on November 1. 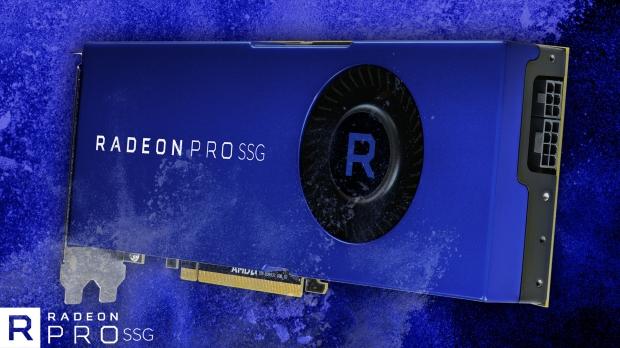 AMD had a price of $7000 on its Radeon Pro SSG, but on launch day it had a huge $2400 discount with some online e-tailers listing it for $4598.99, close to $2400 from its original MSRP of $7000. Our friends at Fudzilla picked the news up by checking online retailers, where they report: "AVA Direct currently lists the card at $4,947 (as a special order), while NextWarehouse currently offers it up at $4,864 with free shipping directly from the manufacturer".

As Squires notes, we're not quite sure whether this discount on Radeon Pro SSG was sanctioned by AMD, but with a $2400 drop in price... surely there's not that much mark up on one of the most premium cards AMD has ever made on LAUNCH DAY.