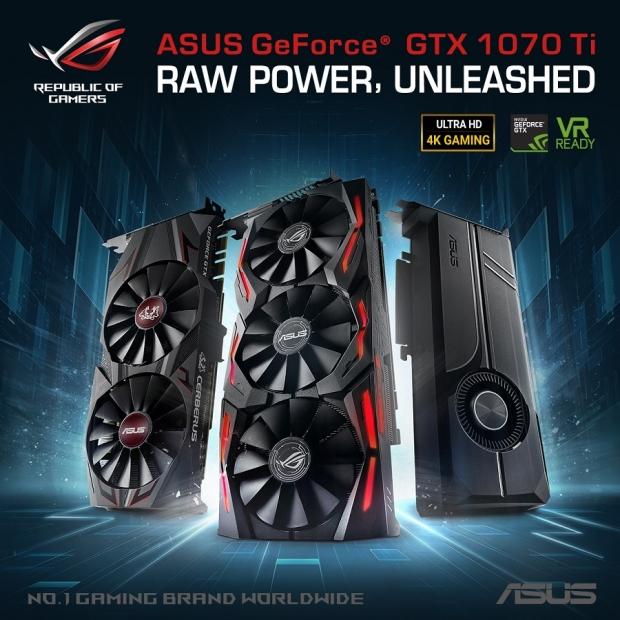 ASUS will have three different GeForce GTX 1070 Ti graphics cards on offer, with the custom ROG Strix GTX 1070 Ti 8G GAMING graphics card and its triple-fan cooler and Aura Sync RGB for personalization. ASUS uses its advanced cooling tech and the best overclocks for the ROG Strix variant, but there's also the Cerberus and Turbo variants, both with their own unique takes on the GTX 1070 Ti. 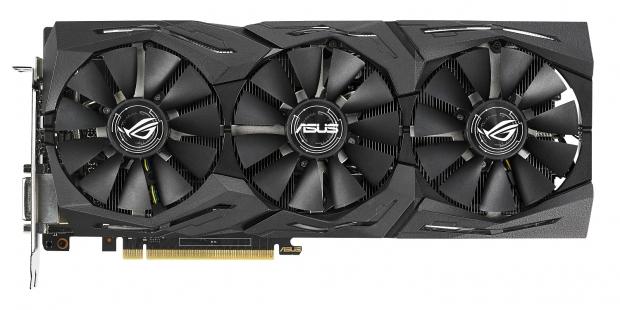 Strix GTX 1070 Ti also uses ASUS' own MaxContact, which provides improved contact with the GPU over traditional headspreaders, with the card being a 2.5-slot card with 40% more heat sink surface area than previous two-slot designs. We also have the patented 0dB wing-blade fan design spread across three fans, while the fans sit idle until the card gets hot enough to spin the fans up.

The second card in ASUS' new arsenal of custom GeForce GTX 1070 Ti cards is the Cerberus GeForce GTX 1070 Ti, which is an all-new, high-performance card by ASUS. The company says that they "test each and every card to the max, starting with extensive checks for compatibility with the very latest chart-topping game titles. We also carry out reliability trials that include a 144-hour diskless-system test and 3DMark benchmarking under heavy loading for 15X longer than industry standards". 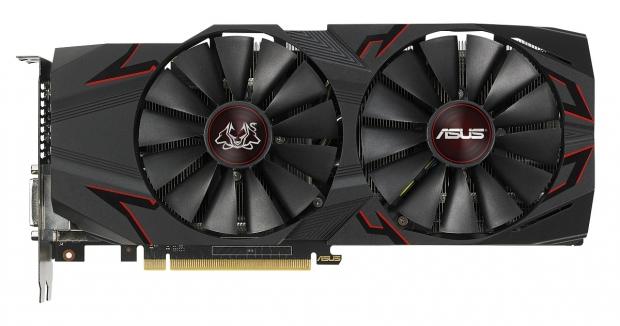 ASUS continue: "Whether playing for pleasure or creating commercial gaming environments for profit, Cerberus GeForce GTX 1070 Ti is the gaming graphics card that's ensured to endure - and with all the power needed to deliver thrilling gaming experiences". It sounds like if you're after a card that doesn't mind being stressed out 24/7, then Cerberus is for you.