AMD has had a huge year with Ryzen and Ryzen Threadripper CPU launches, but the release of Vega was lukewarm, and the main driver behind GPU sales for AMD has been the huge cryptocurrency mining phenomenon. 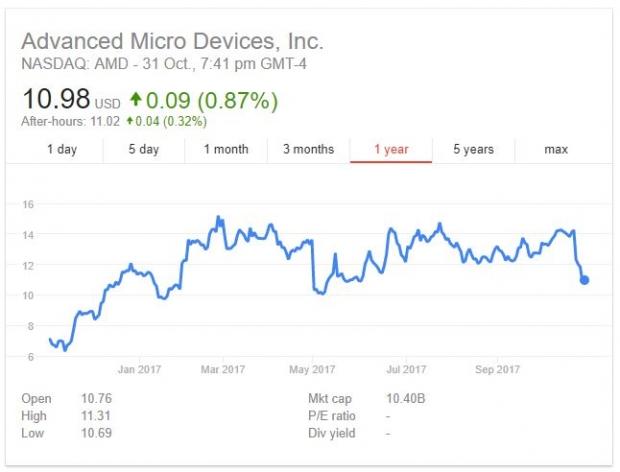 AMD share prices were trading at just over $6 late last year, readhing heights of around $14-$15 this year, and now they've sliding back down to $11. Morgan Stanley downgraded AMD to "underweight" status, with expectations that the console busines will decline, and graphics card sales due to cryptocurrency mining will "fade from here".

Joseph Moore, an analyst with Morgan Stanley, writes: "We believe that AMD's graphics surge has been caused by a sharp increase in sales of graphics chips to cryptocurrency miners. We expect this to meaningfully decelerate next year". Morgan Stanley downgraded their price target for AMD from $11, down to $8 per share.