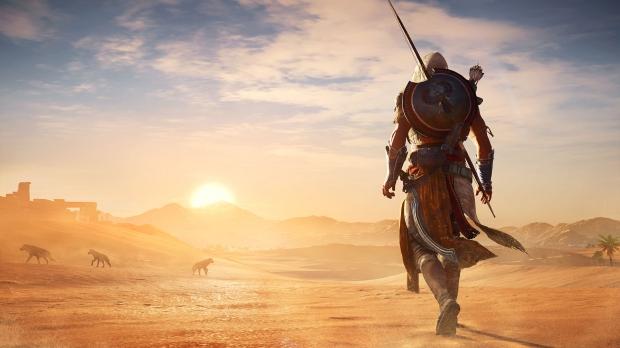 NVIDIA recommends their enthusiast-level GeForce GTX 1080 Ti for 4K gaming in Destiny 2, while the GTX 1070 is recommended for 1440p gamers on the Highest visual settings, while the GTX 1060 is all good for 1080p.

As for Assassin's Creed: Origins, it will begin pre-loading at 16:00 UTC on both Steam and Uplay on the PC, PS4 owners have to wait until October 25, while Xbox One owners can already pre-load the game. Of course, there will be a day one update of 1.2GB for the PC, 1.3GB on the PS4, and 1.4GB on the Xbox One. This day one update will concentrate on balancing the game, performance improvements, stability (shocking, this is an Assassin's Creed game... they're all rock solid), and some tuning to the Photo Mode controls.

Another update for Assassin's Creed: Origins will drop in November, rocking HDR support for all three platforms, and 4K + Dolby Atmos support for the Xbox One X.