To celebrate the upcoming home video release of 'Close Encounters of the Third Kind: 40th Anniversary Edition', we have fifteen Blu-ray copies to give away thanks to our friends at Universal Sony Home Entertainment! 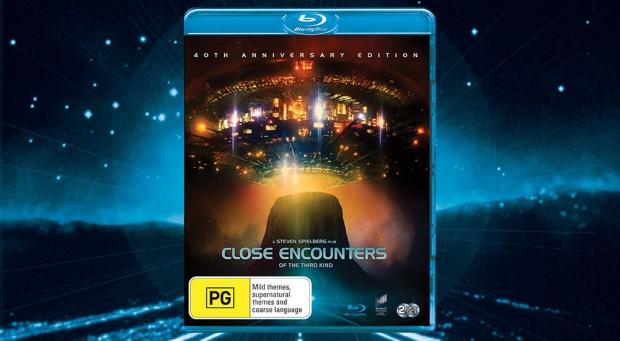 Steven Spielberg's classic film is back in stunning high definition. Richard Dreyfuss stars as cable worker Roy Neary, who along with several other stunned bystanders, experiences a close encounter of the first kind - witnessing UFOs soaring across the sky. After this life-changing event, the inexplicable vision of a strange, mountain-like formation haunts him. Roy's fixation on finding the meaning behind the image strains his marriage to the breaking point.

Meanwhile, bizarre occurrences are happening around the world. Government agents have a close encounter of the second kind - physical evidence of a UFO visitation - when military vehicles that went missing decades ago suddenly reappear in unusual places. Roy continues to chase his vision to a remote wilderness locale, a place he is so drawn to that he's willing to give up his family and even his life. There he finds the agents preparing for a close encounter of the third kind - contact.

To go into the running to win a prize, post this article to your social media profiles and send your correct answer to the following question (along with your postal address), to ben at TweakTown dot com before the competition closes on October 6th: