Taking place this Friday and Saturday (1-2 September), PAX Australia organizers today announced a surprise pop-up event that will give the public a preview of their main event, PAX Australia 2017 that will take place October 27-29 at the Melbourne Convention and Exhibition Centre. 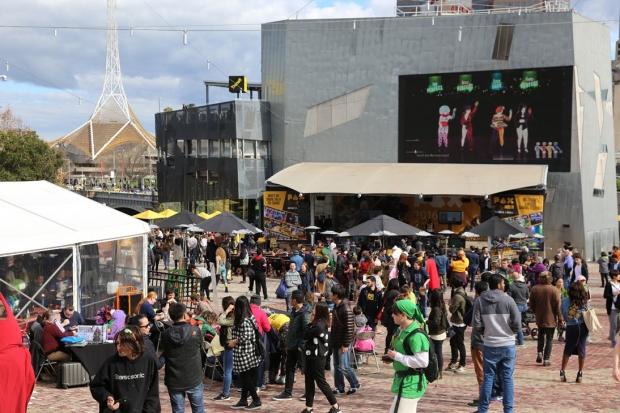 PAX Australia's pop-up event takes place in Federation Square and is open and free to the public. Featuring a massive screen, this pop-up event that will allow gamers to play some of the latest games, win multiple prizes including PAX Australia 3-Day badges, admire or dress in cosplay and enjoy a Friday night concert featuring local Melbourne bands. Tabletop fans will not be disappointed, as they can battle in giant Jenga, Connect Four and other board games.

"Before the PAX mothership descends upon Melbourne this October, we're very excited to offer a snack-sized PAX at Fed Square on 1-2 September," said Luke Lancaster, PAX Aus Content Manager at ReedPOP. "Come hang out, play games, win prizes, enjoy the concerts and surround yourself with the amazing PAX community".

Tickets for PAX Australia 2017 are already on sale and can be purchased from the official registration page. Tickets range from $65 for single day passes, to $165 for 3-day passes.