It has been rumored that the Galaxy C10 might be Samsung's first smartphone with a dual camera setup. The upcoming Galaxy Note8 should also have a dual camera, but apparently, the Galaxy C10 will be launched before the Note device. Since the Note8 will debut on August 23rd, it remains to be seen if the Korean giant will launch the C10 within the next month. 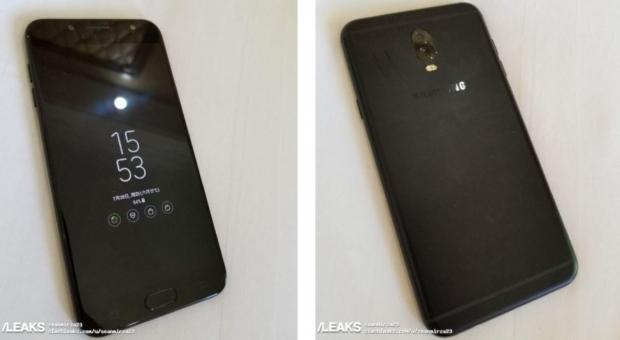 Now, new photos of the upcoming C10 have emerged showing that the phone will feature Always On Display and confirming dual rear camera setup.

The Galaxy C10 should be powered by a Snapdragon 660 and come with 6GB of RAM. There's also a possibility that some markets might receive the same device powered by Samsung's Exynos 7872 with six CPU cores. It is expected that it will ship with a 6-inch Full HD display. The phone should come in two versions, with 64GB or 128GB of internal storage.

Earlier reports suggest that the phone will be priced at $515.