HMD Global is pretty eager to bring back the days of old fame to the Nokia brand. They already announced a modern version of the Nokia 3310 and three Nokia smartphones. The company should also announce its flagship, Snapdragon 835 powered, Nokia 8. 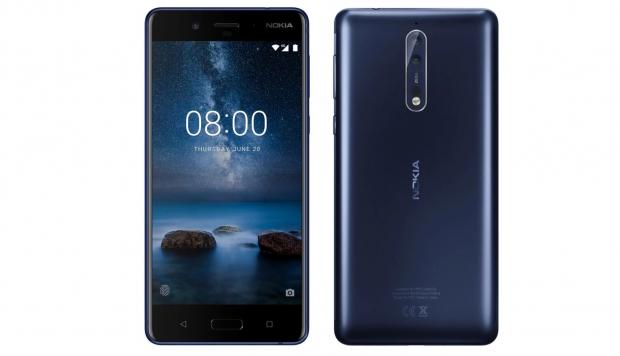 Evan Blass has now revealed an image of the upcoming flagship which reveals the phone in its all glory.

The back of the phone shows vertically positioned dual camera setup with Zeiss' signature. HMD Global recently announced that they are partnering up with Zeiss to "to set new imaging standards within the smartphone industry."

The Nokia 8 should be powered by Qualcomm's Snapdragon 835 and come with either 4GB or 6GB of RAM. The phone is expected to feature a 5.3-inch QHD display and run Android 7.1.1 Nougat.

Rumor has it that the company will unveil the Nokia 8 on July 31st.

Some sources report that the device will be priced at $675.