The launch date of the refurbished Galaxy Note7 has been rumored for a while now, with the latest rumors claiming that the phone will make its return on July 7th. 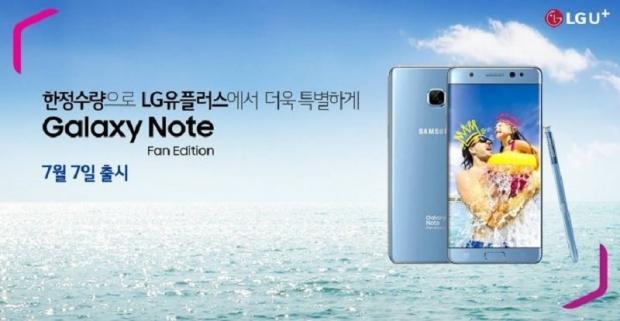 Now, a Korean carrier LG Uplus (part of LG Corporation) has posted an image on its Facebook confirming July 7th as the launch date. The photo was taken down, but in the meantime, someone managed to snag a screenshot, and now we have confirmation.

The image shows the Galaxy Note7 under its new name - Galaxy Note Fan Edition, and the date of the launch.

The phone should be identical to the original, but with certain adjustments. Of course, the battery will be one of them. The original Note7 came with a 3,500 mAh battery, while the refurbished one should come with a smaller 3,200 mAh one, as previously rumored.

The pricing of the phone is unknow at the time, but latest reports mention $700 price tag.