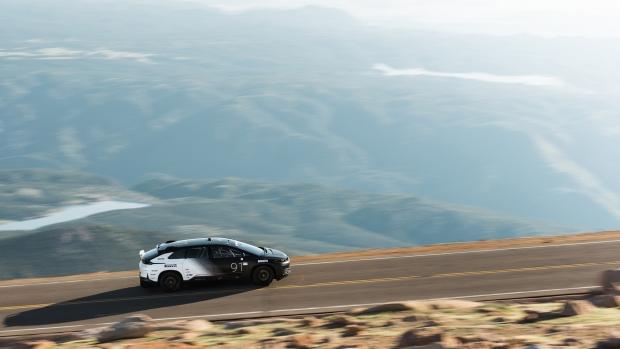 The company has now announced that they have successfully tested the limits of FF 91 in its first attempt to challenge the 4,720-foot ascent of the Pikes Peak International Hill Climb.

Production of the FF 91 is planned for 2018, and we will see whether the company will stick with that schedule. The $180,000 priced electric car can accelerate from 0 to 60 mph in 2.39 seconds and comes with many interesting features like facial recognition technology, NASA-inspired zero gravity seats, and of course - the FF 91 can park itself.

The company also stated that they would invest $1B in the State of Nevada over the next few years which is where the manufacturing facility is located.