E3 2017 - Nintendo's new Super Mario Odyssey looks to be the most exciting Nintendo Switch exclusive the platform has to offer, and the Japanese games-maker highlights how two players can team up and play within the unique 3D platforming world.

As we previously reported, Super Mario Odyssey will have co-op on the Nintendo Switch. Players can detach both of the Switch's included JoyCon controllers and play co-operative two-player on-the-go in Tabletop Mode, or at home in TV Mode. One player will control Mario while the other controls Cappy, Mario's trusty hat. The two-player dynamic is surprisingly fun and deep: Mario can jump on Cappy to close long distances, and Cappy can protect Mario from enemies as well as collect items.

Nintendo Treehouse showcased some of Super Mario Odyssey's two player co-operative mode in a recent video to highlight some of the more entertaining features. While co-op isn't the star of the show perse, it has a very big effect on gameplay, especially certain in-game areas.

Here are some notes from the co-op live stream session:

"When you throw Cappy he's invincible. We thought that'd be a really good way for people who aren't used to games to be able to play with someone who's a little more advanced. Knowing they won't get hurt it's easier for them to give it a try," Super Mario Odyssey Producer Yoshiaki Koizumi said during the live stream.

Mario can jump on Cappy's head to close distances and allow players to access hard-to-reach places. This will be possible in one-player, too, but it's much more intuitive with two players. 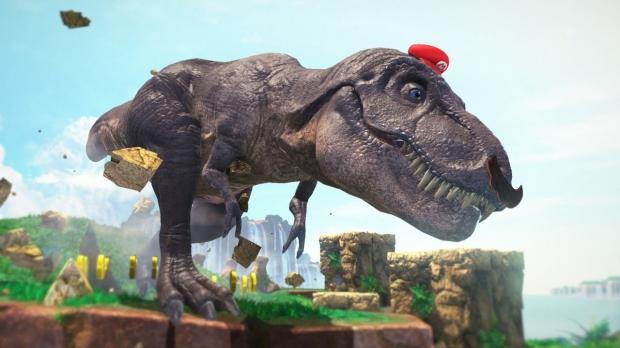 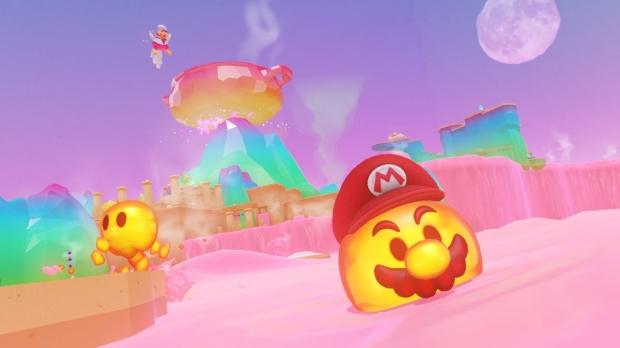 "Co-op was a real natural evolution for us in terms of development because we know we wanted Mario to be able to throw something. Then we thought 'well he's always wearing his hat' so what if he just throws his hat? That'd be great," Mr. Koizumi said. 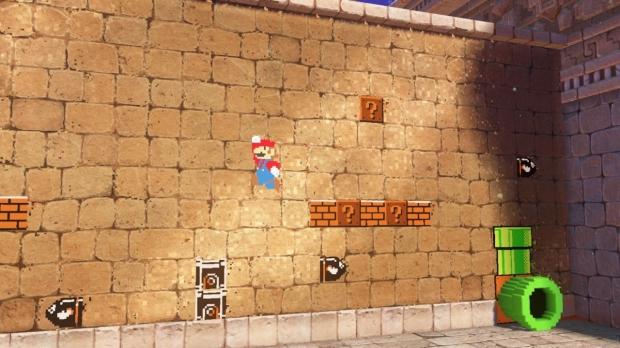 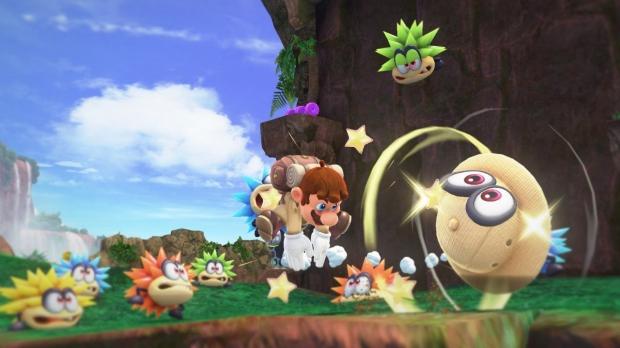 "The theme of this game is surprises. In previous Mario worlds we had Dino Island and Dino Land. What we wanted to try for this game was a different design of dinosaur, something we haven't seen in a Mario game before."

"The point I've been making the last three days at E3 is that Super Mario Odyssey on Nintendo Switch is a game you can play any time, anywhere with anyone. And I hope everyone has fun looking for all the discoveries and surprises the game has to offer," Super Mario Odyssey Producer Yoshiaki Koizumi said. 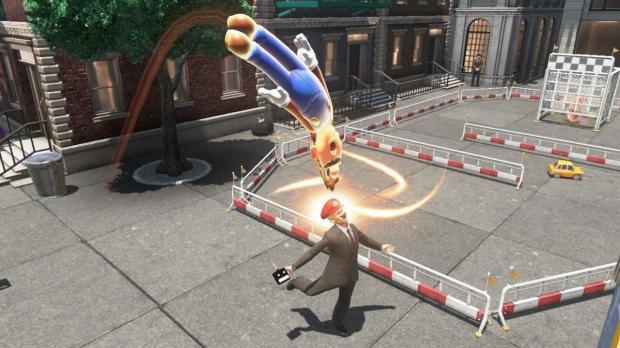 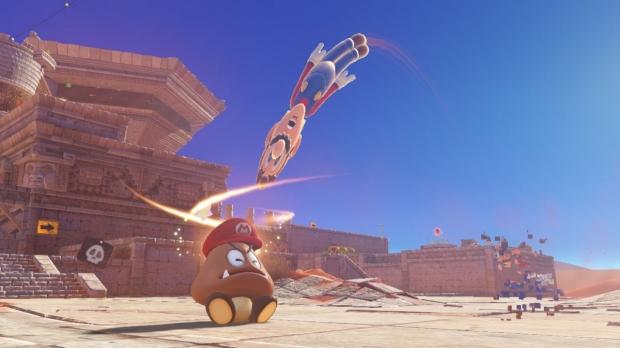 Check below for a huge list of information about Super Mario Odyssey:

Join Mario on a massive, globe-trotting #D adventure and use his incredible new abilities to collect Moons so you can power up your ariship, the Odyssey, and rescure Princess Peach from Bowser's wedding plans! This sandbox-style 3D mario adventure--the first since 1996's beloved Super Mario 64 and 2002's Nintendo GameCube classic Super Mario sunshine--is packed with secrets and surprises, and with Mario's new moves like cap throw, cap jump, and capture, you'll have fun and exciting gameplay experiences unlike anything you've enjoyed in a Mario game before.

Get ready to be whisked away to strange and amazing places far from the Mushroom Kingdom!