To celebrate this week's release of the second season of 'Daredevil' on Blu-ray and DVD, we have five Blu-rays to give away thanks to our friends at Walt Disney Home Entertainment. 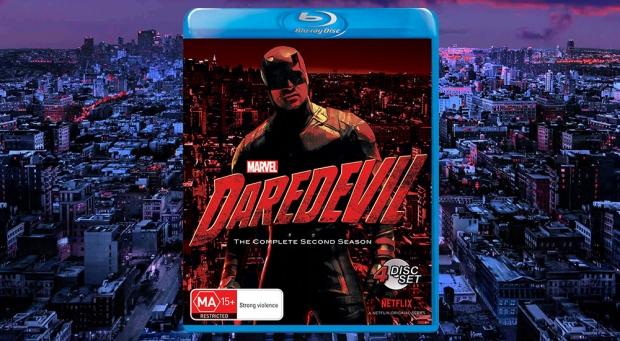 The razor-thin line between redemption and retribution explodes with a vengeance in Marvel's Daredevil: The Complete Second Season. With Wilson Fisk behind bars, Matt thinks his efforts to bring order to Hell's Kitchen are succeeding-until chaos reignites with two new arrivals: Frank Castle (a.k.a. The Punisher), an anguished ex-soldier determined to visit bloody, irrevocable "justice" upon his adversaries, and Matt's volatile old flame Elektra Natchios. Meanwhile, a lethal, relentless source of ancient evil continues to amass power. Now, as both the stakes and the body count rise, Matt faces a life-altering choice that forces him to confront what it truly means to be a hero.

To enter, simply share this article via Facebook or Twitter and send your answers, along with your postal address to ben at TweakTown dot com before the competition closes on June 17.

'Daredevil: The Complete Second Season' is available to purchase on Blu-ray and DVD at leading Australian retailers from June 14.