E3 2017 - Ubisoft's new Rabbids and Mario cross-over looks like tons of fun. Here's why I'm looking forward to the game!

Mario + Rabbids Kingdom Battle leaked ahead of E3 and drew lots of criticism from gamers. But as it turns out, the cross-over is actually pretty impressive-looking. Not only is the game bright and vibrant, hearkening back to the unique cartoony graphics of the Wii U, but it incorporates a surprising level of strategem. In many ways, this Ubisoft Mario game looks like Final Fantasy Mario mixed with XCOM Mario Party, and I can't wait to play it.

Mario + Rabbids Kingdom Battle has been in development for more than three years, and the goal of the game was to "try and make a Mario game that hasn't ever been made before," and I think Ubisoft succeeded. The game has a nice layer of tactical strategy to it with a turn-based tactical adventure focus with multiple party members like Peach, Yoshi, Mario and Luigi--and their Rabbid dopplegangers. In fact, it has two modes: explore mode, which has players running around various areas, and battle mode, which has players duking it out in XCOM-like RTS combat. 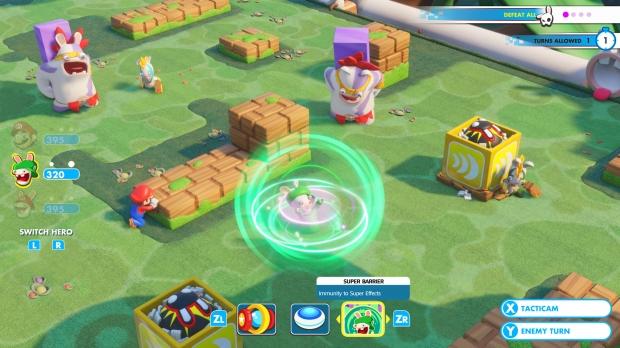 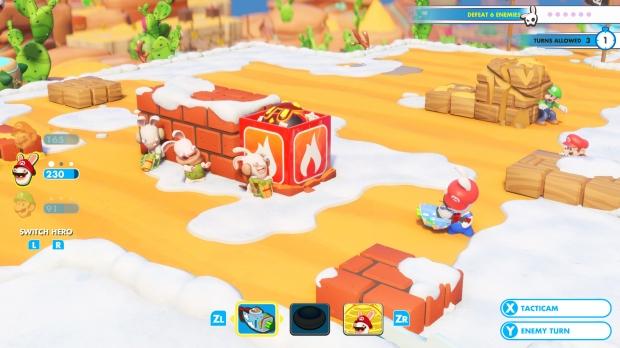 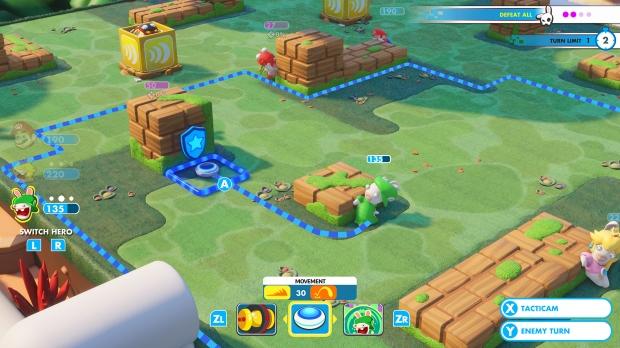 The combat is like Final Fantasy Tactics and XCOM, and lets players move in a set area on the battlefield, and even move behind cover for protection. The characters like RaLuigi and Rabbid Peach all have their own unique techniques, ranging from defensive shields to offensive. The characters even have their own RPG skill tree! 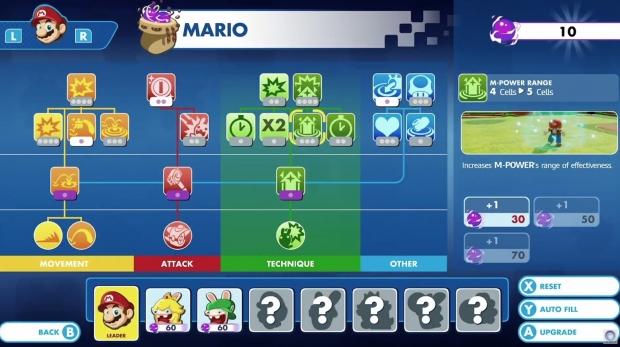 "Mario + Rabbids Kingdom Battle is a tactical adventure exclusive to the Nintendo Switch. The Rabbids have been teleported into the Mushroom Kingdom, and it made the world completely unstable and chaotic," said Xavier Manzanares, producer at Ubisoft Paris.

I'm excited about the game, and it certainly looks completely new and fresh and unlike anything I've played or seen before. 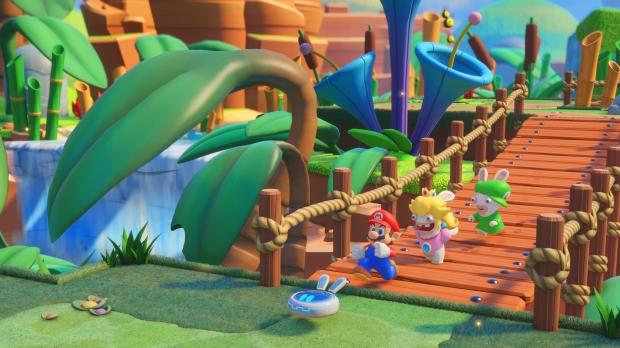 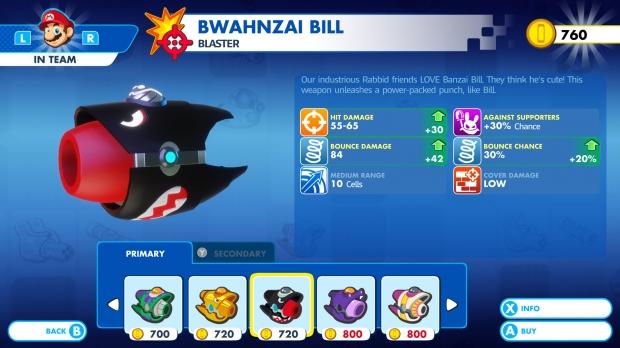 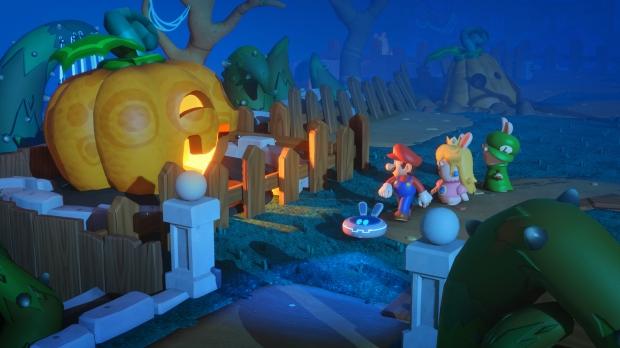 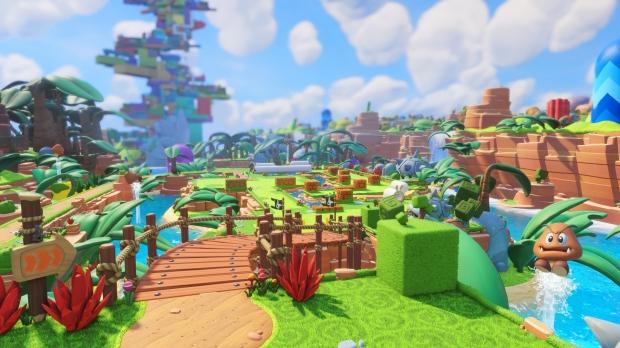 Here's more about the game straight from Ubisoft:

This is the story of an unexpected encounter between Mario and the irreverent Rabbids. The Mushroom Kingdom has been torn apart by a mysterious vortex, transporting the Rabbids into the once-peaceful area, splintering this beloved land. To bring order back to the Kingdom, Mario, Luigi, Princess Peach, and Yoshi team up with Rabbids heroes in a journey through four different worlds.

Join these eight heroes to explore a new world twisted by the mischievous Rabbids, filled with secrets and nods to classic Mario games! Outwit unpredictable enemies in dynamic turn-based combat and co-op challenges, and solve puzzles along the way. Discover a feel-good and modern combat adventure designed exclusively for the Nintendo Switch system, playable anywhere, anytime, with anyone.

The Mushroom Kingdom has been torn apart by a mysterious vortex, transporting the chaotic Rabbids into this once peaceful land. To restore order, Mario, Luigi, Princess Peach and Yoshi must team up with a whole new crew: four Rabbids heroes! Together, they will battle with weapons through four worlds filled with combat, puzzles, and unpredictable enemies.

Developed exclusively for the Nintendo Switch™ system, Mario + Rabbids Kingdom Battle is the best of the Mario and Rabbids franchises, combining all that you love about Mario's iconic universe with the side-splitting antics of the Rabbids. 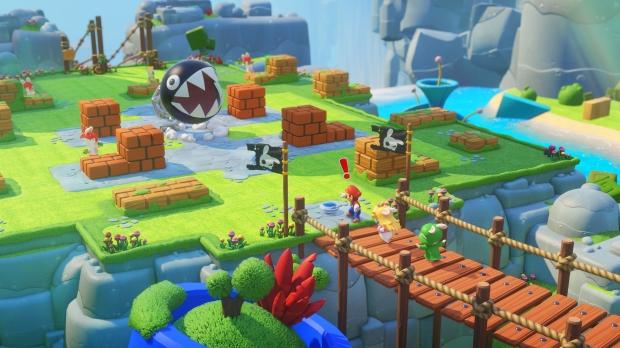 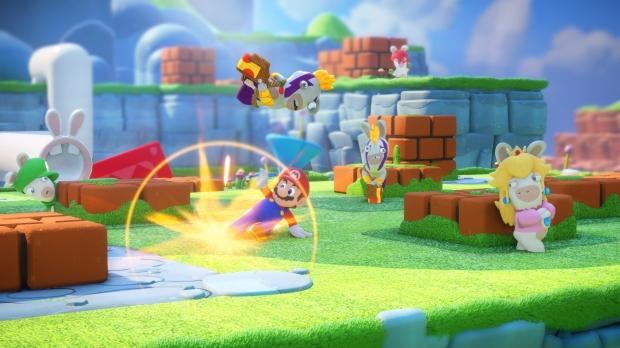 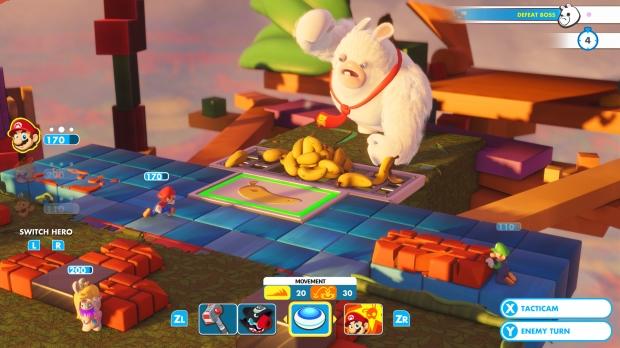 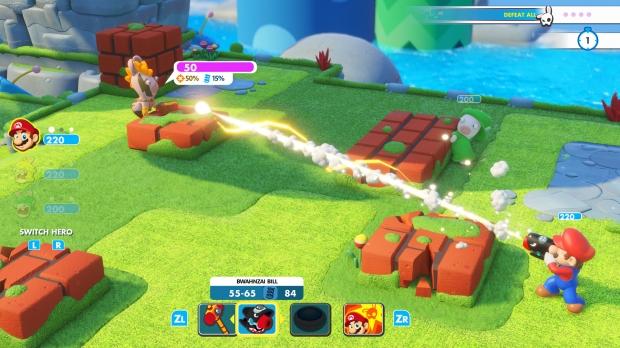 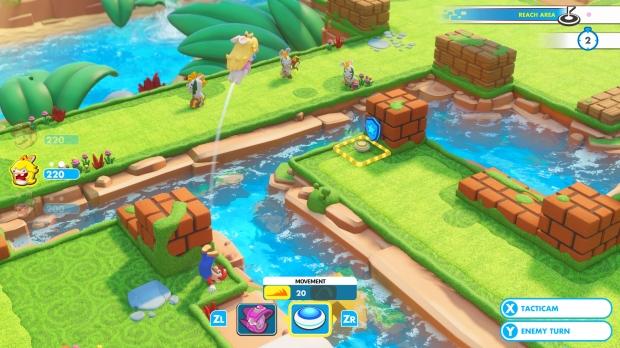