PC gamers have been waiting eight years to play Platinum Games' beloved Bayonetta, and now the wait is over.

Thanks to a premature slip-up by Engadget, we can confirm Bayonetta is slashing onto PC via Steam with 4K support and higher-end graphical tweaks. SEGA's "surprise" reveal was supposed to happen at 11AM EST when the countdown timer ends, but the news was leaked out early.

If you buy the game before April 25 you'll get a free upgrade to the Digital Deluxe Edition, which comes with a soundtrack, a digital art book, wallpapers and avatars. Bayonetta is now available for $19.99 on Steam.

An alluring, stylish and all-action heroine unlike anyone else on the gaming landscape, Bayonetta is ready to push your senses to the limit.

Over-the-top action in extreme environments resulting in continuous high levels of tension and excitement - Bayonetta pushes the genre into new realms of intensity.

Bayonetta wields an impressive arsenal of weapons through an intuitive and fluid combat system, unleashing deadly combos and special attacks with devastating results.

Unleash gruesome torture attacks such as the Iron Maiden, Guillotine and more to finish off enemies and send them to hell.

Freely switch languages and subtitles at any time. 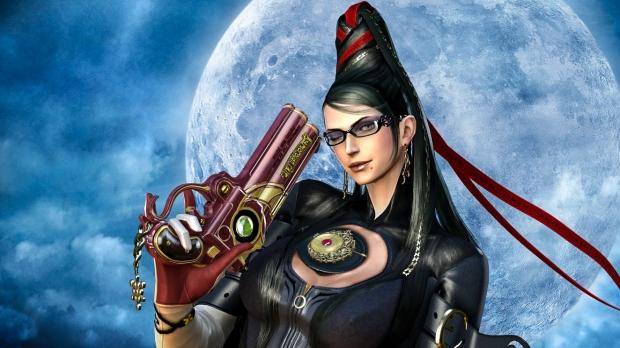