On a recent flight from Beijing to Melbourne, a passenger experienced a misfortunate incident with a pair of headphones. 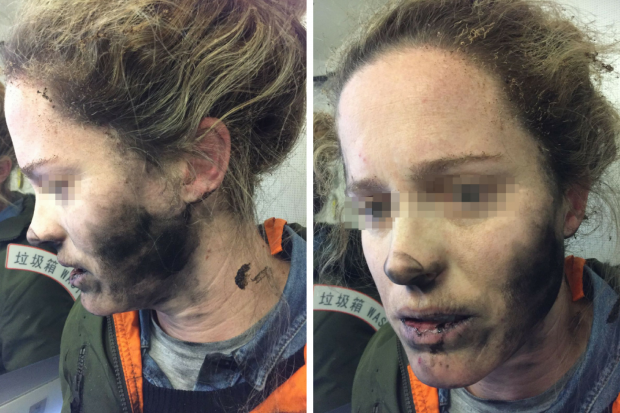 According to the Australian Transport Safety Bureau, the passenger was listening to music using her own battery-powered headphones while sleeping. About two hours into the flight, the headphones exploded causing burns on the passenger's face.

The unfortunate passenger was awoken by a loud sound of an explosion. She explained that she turned and that's when she felt the burning on her face.

I just grabbed my face which caused the headphones to go around my neck. I continued to feel burning, so I grabbed them off and threw them on the floor. They were sparking and had small amounts of fire. As I went to stamp my foot on them the flight attendants were already there with a bucket of water to pour on them. They put them into the bucket at the rear of the plane.

Thankfully, the flight attendants reacted quickly, but it was reported that the other passengers felt the effects of the smoke through the end of the flight.

The report doesn't mention the model or the brand of the headphones. However, this incident ones again raise the question of batteries safety issues.

Last year, Samsung's Galaxy Note7 was banned from planes after many reports of exploding batteries.