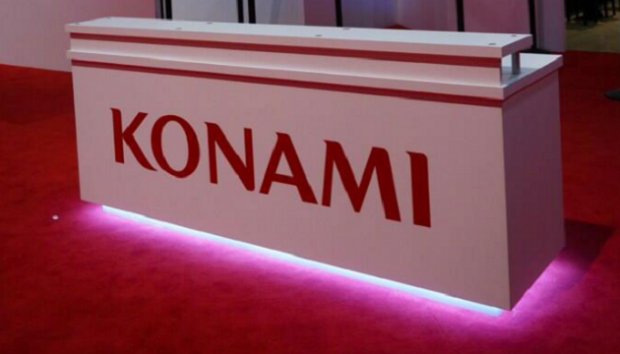 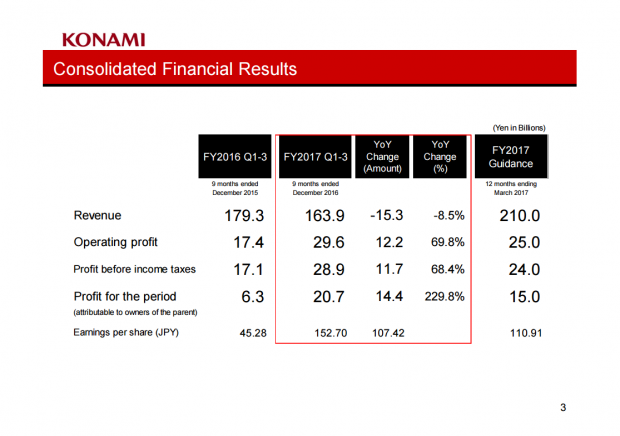 These nine-month earnings were accrued by consistent pachinko and pachislot revenue as well as game sales, and Konami recently merged its slot machine and arcade game sectors to form the Amusement Business, which is not unlike SEGA's classification. 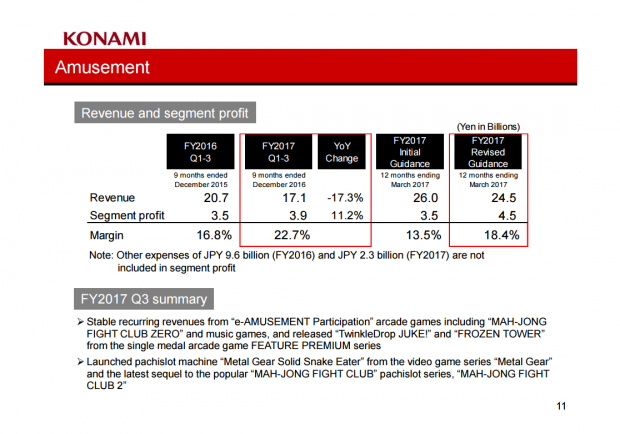 To give you an idea of how Konami's financials compare with other Japanese competitors, here's a quick rundown of recent nine-month earnings posted by rival companies. 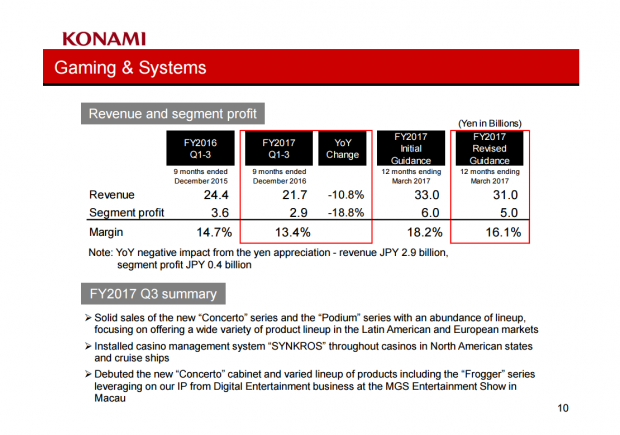 Effective from the six months ended September 30, 2016, we restructured our business by combining the arcade games business segment, which formed part of our Digital Entertainment Business, with another BtoB business, the Pachislot & Pachinko Machines Business, and the segment classification was changed to the "Amusement Business" in order to further strengthen our business operating structure.