To celebrate this week's release of 'Inferno' on Blu-ray and DVD, we have 15 Blu-rays to give away thanks to our friends at Universal Sony Home Entertainment. 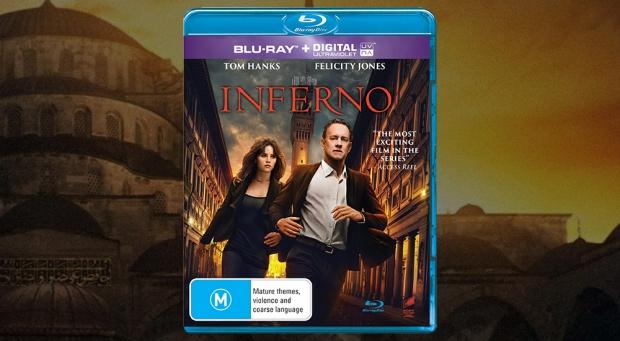 His greatest challenge. Humanity's last hope. In this contemporary action thriller, the famous symbologist Robert Langdon (Tom Hanks) wakes up in an Italian hospital with amnesia and finds himself the target of a manhunt. Langdon teams up with Sienna Brooks (Felicity Jones), a doctor he hopes will help him recover his memories. Together, they race across Europe and against the clock to stop a virus that would wipe out half of the world's population.

'Inferno' is available on Blu-ray, DVD and digital at leading Australian retailers from January 18.