Activision just rolled out a nice surprise with Call of Duty 4: Modern Warfare Remastered's new update--supply drops are here, and they can be purchased with real cash.

Modern Warfare Remastered's winter update adds seven new multiplayer maps, two new holiday weapon camos, two new game modes, and the first of what's likely to be many supply drops. The supply drop is caleld Operation Arctic Worlf can be acquired with Call of Duty Points, which can be bought with cash, or with Depot Credits that are earned in-game.

Operation Arctic Wolf contains cosmetic personalization and customization items only, so don't expect pay to win (at least not yet): weapon camos, reticles, combat uniforms, emblems, calling cards, and playable women soldiers, and even new melee weapons are included in the drop. The melee weapons can be crafted with the game's new Parts, which are earned as you play, or grab them with supply drops.

Activision affirms that gamers don't have to buy supply drops and can still "grind your way through to everything."

"Call of Duty: Modern Warfare Remastered is a game we want players to be engaged in for a long time. We're excited to support this great game with new content, beginning today with a ton of new customization items that allow for a level of personalization that wasn't possible in the original release in 2007.

"Personalization is a big part of Call of Duty and something we've done in the series for a while now that fans really enjoy. But of course, we've done it very carefully as our highest priority is to retain the balance, aesthetics and player silhouettes in the game," Raven Software said.

This isn't the first Activision game to use paid microtransactions to fund free updates--it's not even the first Call of Duty to do this--and we don't expect it to be the last. It'll be interesting to see how gamers respond to this very real modernizing of the remastered classic, and whether or not the supply drops will be yet another valuable source of income for the publisher. 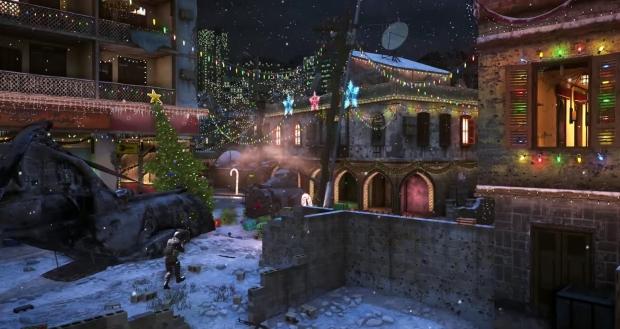 The holiday update adds in the following free new maps and modes to multiplayer: